Today I begin Forgotten Broadway, a new miniseries within my summer series “Musical Life in New York City 1950-1975.” This wildly eclectic (some might say chaotic) program, the first of three, concerns itself with several different aspects of “forgotten” Broadway: forgotten songs, forgotten shows, and forgotten performers; as well as all imaginable combinations of the above. For instance, many might not remember the show Drat! the Cat! but will remember quite well the song “He [originally She] Touched Me.” Everyone remembers Ethel Merman and Angela Lansbury, but I would bet that fewer remember their less successful shows Happy Hunting and Dear World. This episode includes songs by Richard Rodgers, Jule Styne, Bob Merrill, Wright and Forrest, and Comden and Green, as well as lesser known composers and lyricists such as Claibe Richardson, Bill and Patti Jacob, and Ervin Drake, sung by such stalwarts as Leslie Uggams, Barbara Cook, Alfred Drake, and Barbra Streisand, as well as such blazing (but less remembered figures) such as Alice Playten, Dolores Gray, Mimi Hines, and June Carroll. Such recently departed figures as Micki Grant, Kenward Elmslie, Sally Ann Howes, and Donald Pippin also receive airplay. Part II will be published in two weeks, and Part III will soon be available as a bonus episode for my Patreon subscribers. 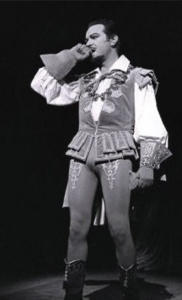