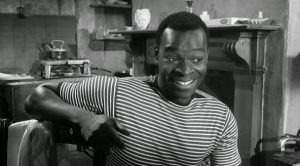 January 23 is the 45th anniversary of the death of Paul Robeson, who remains one of the most celebrated, and controversial, of all artists. A man of fierce intelligence and convictions, he was naturally gifted in a number of different media. Today I will focus on his accomplishments as a singer, but within the context of his political activism and activities on behalf of oppressed people the world over. He was vilified and hunted as much (if not more) than he was revered and celebrated. In this episode I remember some of his most famous performances and recordings, focusing on his performances of African American spirituals and protest songs, folk songs from around the world, including Russia and China, and works that celebrated the brand of left-wing populism that was in vogue in the 1930s and 1940s, focusing in particular on his recording of the hybrid work, Ballad for Americans, by composer Earl Robinson and lyricist John LaTouche. As the United States faces the potential of a better future that could be offset by violence and divisiveness, let us remember the life and career of a truly great American who paid an enormous price for his convictions, but created the potential context for a better, more just world and country. 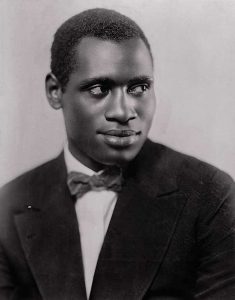 I woke up this morning intending to produce an episode on French Glamour. Because I had been keeping my head in the sand over the past several days, I was not aware how the situation in Minneapolis had escalated since the last time I had checked in. I quickly realized that I could not in good conscience proceed as if this catastrophe wasn’t happening. On the other hand, I defer to those on the front lines to speak of their own experience and truth. I offer solidarity with those who rage and mourn, and a program of protest songs ranging over the course of the early twentieth century to the present day. We hear from a wide range of singers, from Donny Hathaway, Micki Grant, Pete Seeger, Mahalia Jackson, Odetta, Billie Holiday, Aretha Franklin, to Joan Baez, Nina Simone, Cher, Barbra Streisand, Paul Robeson, and Marlene Dietrich. If you don’t want to hear a political program, for goddess’s sake, keep away, but if you do want to be infuriated, engaged, and uplifted, please listen in.

Countermelody is a podcast devoted to the glories of the human voice raised in song. Singer and vocal aficionado Daniel Gundlach explores great classical and opera singers of the past and present with the help of guests from the classical music field: singers, conductors, composers, coaches, agents, and voice teachers. Daniel’s lifetime in music as a professional countertenor, pianist, vocal coach, voice teacher, and journalist yields an exciting array of anecdotes, impressions, and “inside stories.” At Countermelody’s core is the interaction between singers of all stripes, their instruments, and the connection they make to the words they sing. Please visit the Countermelody website (www.countermelodypodcast.com) for additional content. And please head to our Patreon page at www.patreon.com/countermelody to pledge your monthly support at whatever level you can afford.