Today is the final regular episode of Season Three of Countermelody, as well as the last of my summer series documenting musical life in New York City during the years 1950 through 1975. I am thrilled to start what I hope will be an occasional series of episodes that will drop throughout Season Four, which begins in two weeks. I present to you a small sampling of the extraordinary singing actors that peopled the stage of New York City Opera during the years in question. The most famous of these, of course, is Beverly Sills, and she is aptly represented in her most radiant early prime. But there are many other singers as well, including African American divas Carol Brice and Veronica Tyler, preceded by Camilla Williams (the first Black singer to be awarded a standing contract with a major US opera company… in 1946!). City Opera was celebrated for presenting an absolute slew of new American work in its heyday, and we hear works by Carlilse Floyd, Robert Ward, Douglas Moore, Marc Blitzstein, and Jack Beeson in performances by Phyllis Curtin, Frances Bible, Brenda Lewis, and Ellen Faull. Other divas strutting their stuff include Olivia Stapp, Johanna Meier, and the three mesdames Patricia: Brooks, Wells, and Wise. The episode is capped by some of the rarest live recordings from the stage of City Opera by three singers who made their mark during their heyday, and would be the biggest stars in the world were they singing today: Gilda Cruz-Romo, Maralin Niska, and Carol Neblett, all of whom will be featured in her own episode during Countermelody’s upcoming season. A fitting way to end Season Three, as well as a harbinger of vocal delights to come! (Next week will be a preview of the upcoming season!) 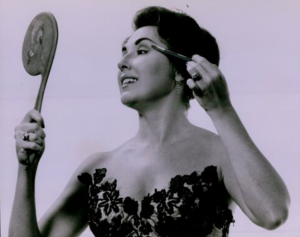