Welcome to Season Four of Countermelody! My long-time listeners know a few things things about the podcast. First, the most important quality in a singer is not voice, but communicative skills. Second, I have posted episodes in the past on singers that I dub “voiceless wonders,” artists whose primary virtue is exactly that ability to convey the meaning of the words. Third, though the music I play is primarily opera and so-called classical music, I often explore genres that move outside of those boundaries. Fourth, from the very beginning of my podcasting career, I have made it a point to highlight the careers of artists of color as well as queer artists. Throughout this season of the podcast, I will also be focusing on great singers in their later years. All these aspects are in evidence in today’s subject: Mabel Mercer (1900-1984), the doyenne of cabaret. Born to a teenage mother of Welsh heritage whose father was an itinerant African American musician, Mercer first pursued a career in British music hall. From there, she made her way to Paris, where she soon became a fixture at a nightclub run by her pal Bricktop (AKA Ada Smith). As WWII loomed on the horizon, she made her way, with the help of her friend (and possible lover) the wealthy and eccentric lesbian Joe Carstairs, to New York, where she soon established herself at the pinnacle of cabaret culture by virtue of her impeccable diction, intimacy of delivery, sense of story-telling, and unbounded repertoire of upwards of a thousand songs. Most of Mercer’s recordings represent the artist well into her middle age, when her once beautiful soprano voice had become little more than a croak. And yet, perched regally on a chair at the Café Carlyle and other nightclub venues, she gave definitive performances of nearly every song she touched. The episode offers a hint of the interpretive depth displayed in repertoire ranging from the traditional Great American Songbook (especially the songs of Cole Porter) through Joni Mitchell and Paul Simon. Guest artists heard include Kaye Ballard, Bobby Short, and Julie Wilson, as well as Bricktop and Madame Spivy, both nightclub hostesses and close friends of Mercer’s who were celebrated performers themselves. 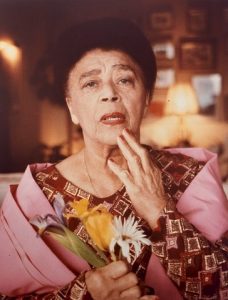 Here’s another great baritone to help get us through another week: the extraordinarily versatile and talented John Reardon (1930-1988). Possessed of a voice of extraordinary beauty and flexibility, as well as deeply intuitive interpretive powers and a profound musicality and dramatic sensibility, he had everything it took to make his mark in the fields of musicals, operetta, and opera (the latter in both standard, and, even more significantly, contemporary repertoire). I have several rare live recordings as well as some uncommon studio recordings to share with my listeners. Guest stars include Leontyne Price, Judith Raskin, Jo Sullivan, Lisa Della Casa, Alexander Young, Ragnar Ulfung, Evelyn Lear, and Bliss Hebert, in a rare outing as a pianist accompanying Reardon in a 1967 recording of American art songs. I also pay homage to his television appearances, both on NBC Opera and, especially, between 1968 and 1986, as the character “Reardon” in Mister Rogers’ Neighborhood, which served to introduce countless multitudes of children to the glories of opera. 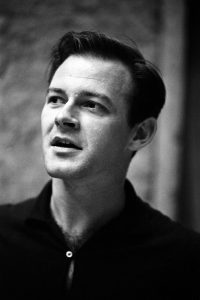