I recently rediscovered the great Ukranian-American baritone Igor Gorin (1904-1982) and was bowled over by the sheer beauty of his voice. In fact, I am tempted to call his the most beautiful baritone voice I have ever heard. His is a fascinating life story, beginning in pre-Soviet Ukraine and moving back and forth from Vienna to the United States until finally, with forged documents, he emigrated to the US and became a naturalized citizen. Through a series of happy circumstances, he became one of the top US radio stars of the 1930s and 1940s and eventually appeared as well on early television broadcasts. A career in regional opera resulted, including starring roles at Lyric Opera of Chicago and one single appearance at the Metropolitan Opera at the age of 59. This episode features live, radio, and studio performances by Gorin in opera, operetta, Broadway, and folk and art songs over a period of nearly 40 years, including exceptional a live late career performance of Ernest Bloch’s Avodath Hakodesh, in which he returned to his cantorial roots. If you do not (or do) already know this artist, you are in for a treat.

A bonus episode on Igor Gorin for my Patreon subscribers includes complete performances of two constrasting song cycles by Modest Mussorgsky, The Nursery and the Songs and Dances of Death. 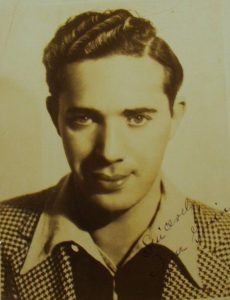