I would bet (though I can’t guarantee it) that I was one of a very small number of white 8-year-old Wisconsin boys who, on Sunday nights in the summer of 1969, tuned in faithfully to watch every single episode of the short-lived variety series, The Leslie Uggams Show. Ever since encountering her on that groundbreaking show, I have loved Ms. Uggams: her combination of vivacious high spirits, powerhouse vocalism, and personal style and beauty has always enchanted me. Her performing career began long before I was born, when she appeared as a child star on various television competitions and series, later creating television history in the early sixties as a star of Sing Along with Mitch. Later she starred in a central role in 1977’s Roots, the miniseries that changed the face of television. Her popularity continues to the present day, with her appearances in such series as Empire and such films as the Deadpool franchise. Some of her more recent fans may not realize that she was also a vital performer in musicals and theatre, including her Tony-Award-winning performance in Hallelujah, Baby! in 1968 and performances in regional theatre of some of the most iconic female starring roles, including Mama Rose, Dolly Levi, and Mame Dennis. In this episode feature her in sung performances over the course of more than 60 years with special focus on her recorded work from the late 1960s. Whether you are an old or a new fan, I hope that you will be as beguiled by Leslie Uggams as I always have been. 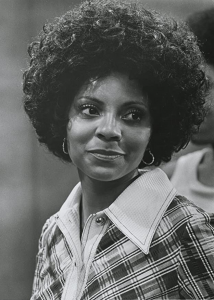