Dear ones, I present to you today the extraordinarily versatile bass-baritone and my fellow native Milwaukeean Donald Gramm (1927-1983), one of the central house singers at both the Metropolitan Opera and New York City Opera from the 1960s through his premature death at the age of 56. Gifted with an intrinsically beautiful voice, an impeccable technique and an expansive range, he also was a crackerjack musician whose repertoire easily encompassed musical styles from florid Baroque music through the thorniest contemporary idioms. He is probably best celebrated these days for his commitment to American art, and this episode features him singing songs by Ned Rorem, John Duke, Richard Cummings, Douglas Moore, and Paul Bowles, with a particular emphasis on texts by Walt Whitman. What is perhaps less well-remembered today is how versatile an opera singer he was, singing roles from Osmin to Scarpia, with a strong emphasis on both bel canto and buffo roles by Rossini and Donizetti. The episode also explores his collaborations with Igor Stravinsky, Glenn Gould, and, perhaps most significantly, Sarah Caldwell, another important musical figure from that era who is strongly deserving of reappraisal. 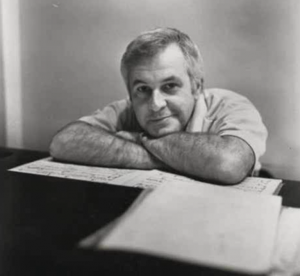 Today we examine the fascinating and somewhat frustrating career of Gloria Davy (1931-2012). Yet another African American singer who found greater opportunity abroad than in the United States, Davy has the distinction of being the first Black singer to perform the title role of Verdi’s Aida at the Metropolitan Opera, which role served as her debut in 1958. Another early career success came when she replaced Leontyne Price as Bess in an international tour of Porgy and Bess. Her earliest recordings, both live and studio, reveal a voice of uncommon beauty with an interpretive sensitivity to match. A superb musician, Davy also sang contemporary music throughout her career, including important premieres by Hans Werner Henze and Karlheinz Stockhausen. One must ask the question, however, if her voice would have been better served had she not turned to sung Bess and Aida so early in her career, but had instead had access to roles such as Anna Bolena, which she sang brilliantly at Town Hall in New York in 1957. The episode includes a rare airing of Davy’s 1956 album of Spirituals, in arrangements by the lesser-known African American composer Julia Perry and excerpts from her recordings of Shulamit Ran’s O the Chimneys, on poems by Nelly Sachs, and the 1972 revision of Stockhausen’s momentous Momente. 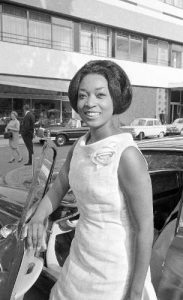