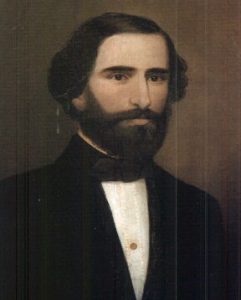 Today I finally get to pay tribute to one of the singers who was a formative influence on me as a budding opera and vocal aficionado. George Shirley, born on April 18, 1934 in Indianapolis, Indiana, was one of the most versatile tenors of the second half of the twentieth century, and a pathbreaker as the first African American tenor to sing at the Metropolitan Opera. I first encountered him through his matchless portrayal of Pelléas in Debussy’s Pelléas et Mélisande opposite Elisabeth Söderström. But his Mozart is equally celebrated: the podcast also features live and studio recordings of George Shirley as Tamino (opposite Judith Raskin), Don Ottavio, Ferrando (opposite Leontyne Price),  as well as his extraordinary Idomeneo. Extant live performances of George Shirley including assumptions of roles as diverse as Don José (opposite Shirley Verrett), David in Die Meistersinger, Pinkerton (opposite an incandescent young Renata Scotto), Mephistopheles in Busoni’s Doktor Faust, and even Bacchus in Ariadne auf Naxos. All of these are included in the episode, as are rare song recordings from throughout his career. Raise a glass to the great George Shirley, and join me in thanking him for having shared his extraordinary artistic gift with us for all these years!

Today we examine the fascinating and somewhat frustrating career of Gloria Davy (1931-2012). Yet another African American singer who found greater opportunity abroad than in the United States, Davy has the distinction of being the first Black singer to perform the title role of Verdi’s Aida at the Metropolitan Opera, which role served as her debut in 1958. Another early career success came when she replaced Leontyne Price as Bess in an international tour of Porgy and Bess. Her earliest recordings, both live and studio, reveal a voice of uncommon beauty with an interpretive sensitivity to match. A superb musician, Davy also sang contemporary music throughout her career, including important premieres by Hans Werner Henze and Karlheinz Stockhausen. One must ask the question, however, if her voice would have been better served had she not turned to sung Bess and Aida so early in her career, but had instead had access to roles such as Anna Bolena, which she sang brilliantly at Town Hall in New York in 1957. The episode includes a rare airing of Davy’s 1956 album of Spirituals, in arrangements by the lesser-known African American composer Julia Perry and excerpts from her recordings of Shulamit Ran’s O the Chimneys, on poems by Nelly Sachs, and the 1972 revision of Stockhausen’s momentous Momente.