Because I’m still on the road, I’m posting an old bonus episode in place of a new one this week, and I’m posting it early. This was originally published about two years ago, in tandem with an episode that did on Cesare Siepi, which highlighted Easy to Love, his 1958 album of Cole Porter songs. Among my listeners, most of whom adored that episode, there were a few naysayers, including my own not-boyfriend, who felt that Siepi did not do justice to Porter’s insouciant wordplay. So I decided, as one of my first bonus episodes, to offer an “antidote” to Siepi’s song stylings. This is the episode that resulted. It features a wide range of performers, from Mabel Mercer to kd lang (many of them coincidentally queer), offering their own distinctive take on Porter’s brilliant output. Many of the songs are offered in contrasting versions, including Fred Astaire singing “Night and Day” in his original recording from the 1930s, followed by his 1950s version with a jazz combo led by Oscar Peterson. Or Ethel Merman singing her original recording of “I Get a Kick out of You” from the time of the original production of Anything Goes, followed by her infamous version decades later from The Ethel Merman Disco Album. Please enjoy and I’ll see you again at the end of next week. 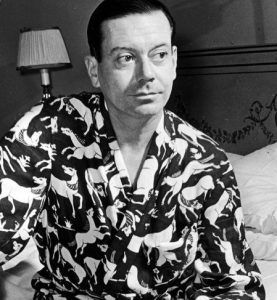 Dear listeners, it is Easter Sunday. While we are strictly non-sectarian at Countermelody, I did want to offer a program of spring favorites to welcome in the earth’s rebirth. (I also had to scramble to create a “filler” episode due to having lost two days of work this week after receiving my first jab on Wednesday.) Hence today’s offering: a Blumenstrauss of songs celebrating the beloved season of spring. I decided to limit today’s selections exclusively to song, omitting opera, operetta, and oratorio, but somewhat arbitrarily including songs from musicals amidst the classical and pop offerings. Even so, what a lineup of stars today: everyone from Mabel Mercer to Jan DeGaetani, from Hans Hotter to Dionne Warwick, from Georgia Brown to Roberta Alexander, from Kirsten Flagstad to Gordon MacRae. We hear composers ranging from Alec Wilder to Franz Schubert, from Milton Babbitt to Burt Bacharach, and from Hugo Wolf to Tom Lehrer. May these songs and songsters help us to welcome in the long-awaited spring!