To help me and all my American friends celebrate the Fourth of July, I bring you a gorgeous bevy of great low-voiced singers performing songs by that emblematic US-American composer Charles Ives. I offer thirty of his songs which display a wide range of compositional, musical, and literary styles. Some of the greatest Ives interpreters are on display here, including Thomas Stewart, Samuel Ramey, Donald Gramm, Sanford Sylvan, Kurt Ollmann, Gerald Finley, William Sharp, and William Parker, accompanied by Alan Mandel, Dalton Baldwin, Alan Feinberg, Warren Jones, Steven Blier, Craig Rutenberg, and others. I finish the program with late Jerry Hadley performing that most celebratory of Ives’s songs, “The Circus Band.” 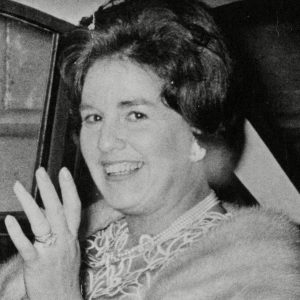 We set our sights on the New Year, at the same time giving a backward glance, in mostly reverse chronological order, to those singers and other musicians, whose contributions have immeasurably enhanced our lives. I’ve prepared a whopper of an episode that traverses many genres and styles, but which, as always, remains faithful to the mission of the podcast: to bring you the most interesting and communicative singers. From João Gilberto to Marcello Giordani, from Sanford Sylvan to Rolando Panerai, from Heather Harper to Ann Crumb: they’re all here, with a few surprises sprinkled along the way. Three last-minute entries to the Hail and Farewell sequence are Peter Schreier, Allee Willis, and Jerry Herman, all of whom died in the last week.